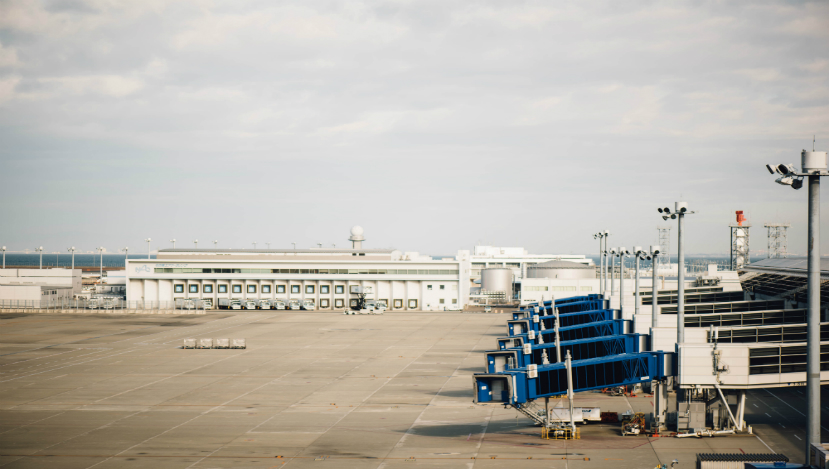 Passing year has been another year fraught with strikes, costing the aviation industry billions. With air passenger numbers passing the 4.5 billion mark for 2019 and airlines being held liable for flight compensation, carriers are now more than ever vulnerable to staff strike actions. 2020 was heralded by a 72 hour strike by Eurowings Cabin crew that ran from December 30th to January 1st and by air traffic controller strikes in both France and Italy as part of wider ongoing national strike actions.

Even the rumour of a strike can cost an airline millions. The effect is so big that after 2 days of strikes British Airways had to downscale their profit forecasts for the year. While current regulations consider strikes as extraordinary circumstances, it also says that all reasonable measures must be taken by airlines to ensure customers are not disrupted. Passengers in the EU, or flying to or from the EU, are protected by Regulation (EU) 261/2004 which defines how airlines must behave in the event of cancelled or delayed flights and compensation levels to which passengers are entitled. Under this regulation individual compensation liability can be as much as €600 per passenger. To help understand just how large is the scope of air passenger compensation we have tabularised potential compensation as due by the top European airlines in 2019.

Times are turbulent at British Airways. Good financial performances of recent years have faltered after suffering costly “IT glitches” in August and November that caused hundreds of flights to be cancelled. Confidence was yet further undermined when members of BALPA (British Airline Pilots’ Association) decided to strike over pay. British Airways owners, IAG (International Airlines Group), said that a total of 2,325 flights had been cancelled as a result of the strike, at a cost of €137 million2. Another proposed strike at Heathrow was cancelled at the last minute, but not before it set BA back another estimated €33 million in announced-cancelled and later reinstated flights.

Suffering Alitalia has been under receivership since it declared bankruptcy in 2017, kept afloat only thanks to a government bailout of €900 million. Continuing nationwide transport strikes are adding to woes, while their own staff resorted to strike action last month to voice their concerns. During Italy’s national transport strike of the 24th and 26th of July Alitalia had to cancel hundreds of flights. Strikes in October and November are likely to cost as much, with the prospect of more strikes still to come.

Too much mañana at Iberia!

Spanish flag carrier Iberia and its low cost carrier Vueling have had a stormy year. Issues between management and staff caused summertime chaos at Spanish airports. In 2014 during restructuring unions agreed to considerable concessions on salary reductions and working conditions for Iberia staff. Ground staff union UGT (General Union of Workers) at Madrid-Barajas airport called for new plans to improve contract conditions and redistribute working hours. Iberia’s low cost carrier Vueling is also the cause of much discontent with management slighting union’s calls for extra summer staff to deal with the huge extra influx of flights in summer. Cancelled flights were up 40% and delayed flights doubled on average for Iberia in July and August.

Lufthansa cancelled 1,300 flights in November. Two days of strikes over payrates and conditions hit 180,000 passengers and Lufthansa’s main hubs Frankfurt and Munich Airport worst. Lufthansa offered train tickets to passengers travelling between German airports and alternative flights to other passengers. “One day of strike action would cost the company an estimated €10 million to €20 million. Even rumours of a walkout would deter customers”, said Finance chief Ulrik Svensson3. “Strikes can cripple an airline, the cost in lost revenue, reputation, and compensation payouts can be astronomical. It is the airlines’ duty to settle strikes as quickly as possible and our duty to inform our customers of their rights and help settle their claims as quickly as possible” – says Giacomo Alfiero, Head of Operations at GIVT.

Europe’s third largest low cost airline Norwegian Air suffered its own problems with flight numbers down 8% on 2018. As part of its expansion campaign into long haul and transatlantic flights Norwegian set up a UK base of operations. This move prompted pilots in Norway, Sweden and Denmark to strike over fears of all operations being moved to the UK. Meanwhile Norwegian cabin crew at Paris’ Charles de Gaulle airport issued strike warnings in April. Their unions UNAC (Union des Navigants de l’Aviation Civile) and SNPNC-FO (Syndicat National du Personnel Navigant Commercial), announced a strike warning over increased wages and better work conditions. Whilst the April strike was averted new strikes are scheduled on separate dates during the period from October 2019 till January 2020, with many delayed or cancelled flights expected4. Norway is not a member of the EU but it respects European laws including air passenger rights Regulation (EU) 261/2004.

Mavericks Ryanair are no strangers to controversy, they faced dissatisfaction from both pilots and cabin crew in the UK, Belgium, Netherlands, Italy, Spain and Portugal in 2019. Unlike other airlines Ryanair’s policy of employing other strike breaking crews from other countries meant that the impact on service for customers was minimal. Ryanair has issued reduced profit guidance for 2019, but this is mainly due to ongoing problems with their new Boeing’s Max 737s5. While Germany’s 2018 pilot strikes were resolved, British pilots were still less than satisfied when they went on a 3 day strike in September. Ryanair resorted to crews and contractors from other countries to ensure minimal disruption. In Portugal SNPVAC (Sindicato Nacional do Pessoal de Voo da Aviação Civil) said Ryanair has refused to comply with a deal agreed in November 2018. Strikes by cabin crew and pilots in Spain had minimal impact on flights6. While Ryanair suffered increased delays in January, February, April and August and increased cancellations in January, their overall cancellations for the year were 70% less than 2018. “An airline crew strike – both legal and illegal – doesn’t discharge the air carrier’s liability arising from provisions of 261/2004 Regulation. In a situation where such a strike has occurred, all passengers should receive compensation. The fact that airline employees are on strike doesn’t mean that passengers should bear the consequences of it. These strikes don’t exclude passengers from their right to fight for compensation. Airlines are obliged to pay compensation if the notification about flight cancellations was sent to the passenger less than two weeks in advance” – says Elżbieta Tyszka, Head of Legal at GIVT.

SAS – Scandinavian Air Services has performed poorly with flight disturbance this year, earning themselves top place in the GIVT Sky Ranking for 2019. This was partially due to a 6 day pilot strike that began on 26th April. It was called off when all parties reached a new three year agreement concern scheduling, job security and salaries, according to SAS and Norwegian SNF and NSF, Swedish SPF, and Danish DPF Pilot Associations. The cost of the strike could run into the millions as 4,015 flights were cancelled7, up 365% on April 2018 with 360,000 passengers affected and potential compensation liabilities of €90 million.

With airlines such as Lufthansa operating over 1,700 flights per day, even one day of limited strike action can incur huge costs. GIVT Liability table lists the top 10 European airlines by number of disrupted flights, the total 3 hours plus delayed flights and cancelled flights. This figure is in turn multiplied by each airline’s average passenger load per flight and average compensation payout per passenger. Between just these ten airlines total possible compensation for 2019 equates to over €1.8 billion, a stark indication of just how seriously the aviation industry is now taking the issue of passenger rights and passenger compensation.

The bottom line on airline strikes

Lost revenue and goodwill, extra staff costs, and potential compensation payouts all can have a huge effect on airlines. Stock values can roller coaster in a single day’s trading with hundreds of millions lost or gained. Airlines must walk a tightrope between conceding to worker demands and providing continuous service to customers to remain profitable. One thing that is sure is that strikes are a costly business and passengers would do well to inform themselves and keep abreast of all airport and airline disruptions in the weeks leading up to their flights and be aware of their passenger rights.

Sometimes flights can get delayed, cancelled, or even be overbooked. You can check your flight for free on our Flight Checker at givt.com.