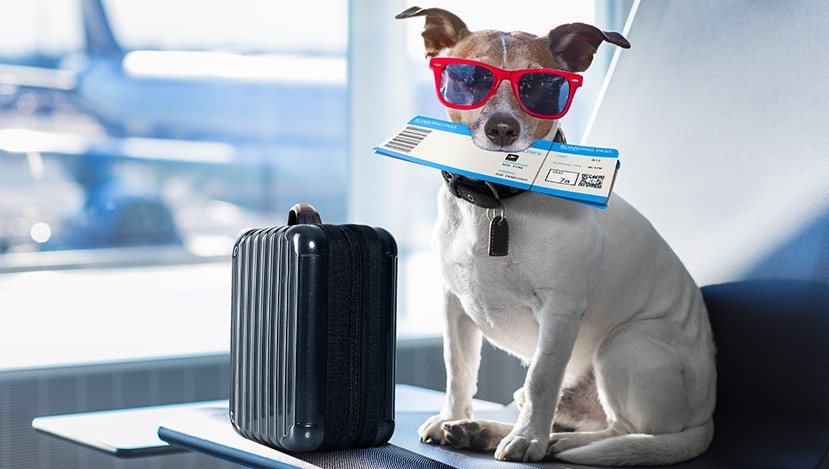 There’s nothing better than coming home to your best friend in the whole world after a long day at work. Just seeing them wagging their tails or padding softly toward you puts the smile right back on our face.

Dogs and cats have been part of our lives for thousands of years, dogs first for protection and cats as protection against rodents. As the years went by cats and dogs made it across the threshold and became the household pets and part of our families that they are today.

Millions of mutts and moggies all around the world

Estimating pet numbers is very difficult especially since not all countries require pet licences and of those that do not all pets are registered. A recent study by Gfk (Growth From Knowledge) marketing research institute showed wildly varying statistics on pet ownership from around the world.

Flying with cats and dogs

Given that cats and dogs are the animals that most commonly travel this represents hundreds of millions of potential pet air flyers.

To accommodate our four-legged friends legislation such as the for the European Pet Passport has been introduced. The passport, which is available from any practicing veterinarian, contains details of anti-rabies vaccinations and is valid for cats, dogs and ferrets. Pets are also required to have a sub-cutaneous electronic microchip or a readable tattoo with the same code as the pet passport. Further inoculations against Echinococcus tapeworms are required when bringing pets into the UK, Eire, Malta, and Finland.

There are three ways that we can bring pets on planes, in cabin, in checked baggage, and as manifest cargo, but for our pets, there’s really only one way, with us in the cabin!

Animal-friendly airlines usually require pets to be stowed in special carriers under the passenger’s seat. This, of course, limits the size of the carrier and of course the size of our pet. Larger, or unaccompanied animals are required to travel in the hold as manifest cargo.

Travelling with pets can be a fraught experience and keeping pets safe and secure is not always easy. An analysis of The United States Department of Transportation reports over a six-year period listed over 300 animals that died, were injured or disappeared from commercial airlines on domestic flights.

Knowing how to travel with your cherished cats and canines is of utmost importance. The Humane Society of the United States lists some guidelines that you should try to keep in mind when flying with our pets.

Travelling with pets with brachycephalic faces, that is flattened faces, such as bulldogs, pugs and Persian cats can be dangerous as their short nasal passages leave them especially vulnerable to oxygen deprivation and heat stroke.

Generally, animal tickets cannot be purchased via internet and it is always best to inform the airline well in advance. The cost of animal cabin tickets varies from airline to airline but is usually much cheaper than a regular ticket.

Low fares airlines are usually not pet-friendly airlines. Wizz Air, EasyJet and Ryanair do not accept pets under any circumstances, whereas Eurowings and Vueling allow small pets in hand luggage.

Major airlines can usually be considered as airlines that allow pets, with the exception of British Airways and Qantas which only permit pets in cargo.

What kind of carrier?

Check in advance if the airline requires any special kind of carrier. Most airlines require IATA standard hard sided carriers and soft sided carriers but may have restrictions.

Ask at the airport what the procedure is when having your pet’s carrier x-rayed, you don’t want them getting an unhealthy dose of rays.

If your pet has to fly in the cargo hold you should be especially careful and be aware that your pet may be exposed to extremes of hot or cold temperatures, poor ventilation and rough handling.

Try to use direct flights only, always travel on the same flight, ask the airline to observe your pet being loaded and unloaded. Notify cabin crew that your pet is traveling in the cargo hold. Never ship brachycephalic animals in the cargo hold.

Before flying with pets

Fit your pet with extra ID including phone numbers. Affix a travel label to the carrier with your name, address, telephone number and final destination. Make sure that your pet’s nails have been clipped to protect accidents. Allow at least a month before your flight for your pet to become familiar with the travel carrier to help minimise travel stress.

Should I feed my pet before travelling?

Do not give your pet tranquilisers unless prescribed by your vet. Don’t feed your pet for four to six hours prior to travel but do continue to give them small amounts of water. Carry a current photograph of your pet in case your pet is lost.

On arrival open the carrier as soon as you are in a safe area and examine your pet. If anything seems wrong take your pet to a vet immediately and keep a copy of the examination results, including the date and time.

There are no hard and fast rules for airlines regarding policies for the transportation of animals. In general, all airlines permit service dogs and sometimes emotional support dogs in the cabin subject to a maximum amount per flight.

All airlines require that notice be given, usually a minimum of 48 hours, of any animals being booked on flights. In cabin pets are generally restricted to cats and dogs below a certain size, approximately 7kg.

In all cases there are restrictions to which animals can be carried. Snub-nosed brachycephalic animals are restricted, as well as “attack dogs” of all types.

Costs vary per airline, per type of flight, per type of travel, and sometimes by animal size. Animals must be carried in IATA approved carriers or crated for hold cargo transportation. In general, low-cost carriers do not permit animals of any kind other than service dogs, an exception, however, is Vueling that allows small cats, dogs, and tortoises in the cabin.

In all cases, the airline must be consulted in advance. Restrictions can exist regarding the country of origin, country of destination and length of flight, as well as species and or breed and or size.

Bon voyage to you and your pets!

Flying with pets is fun, it’s great going to new and exciting places, but sometimes things don’t always go exactly to plan. Flights can get delayed, cancelled, or even be overbooked. But don’t worry if you suffer a disrupted flight, we have your back.

Did you know that you might be entitled to up to €600 for your distress? You can check for free on our Flight Checker, and even for old flights too going back 3 years. If you have your flight number and flight date check now if you are due compensation and it won’t cost you a penny!