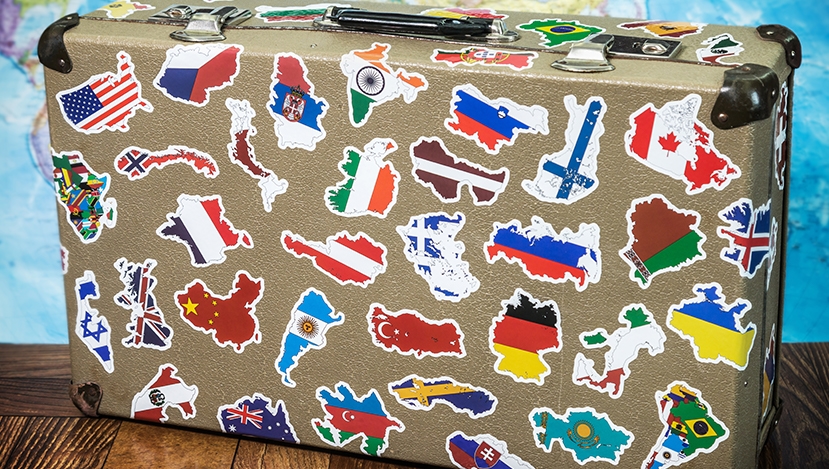 Although the European Union is less than half the size of the United States it boasts nearly 200 million more inhabitants. Despite these differences, flight passenger numbers for the EU and the US are nearly the same, but passenger habits and the types of flights are quite different, and this is reflected in the passenger rights’ legislation in the different regions.

Per head of population the average European takes two flights a year, while Americans take three, and the average Canadian takes more than four! These figures are a reflection the regions’ geography. Sparsely populated Canada, with its great distances between cities, requires more air travel. In the US the situation is similar once we leave New England. Europe being smaller and more densely populated makes travelling by train or driving a more sensible option for many trips, influencing people’s habits and reducing air travel.

“The ball is firmly in the court of the airlines as they are forced to reduce delays and cancellations. This is good news all round, it helps airlines cut costs and it gives passengers piece of mind. No one wants to spend half their holiday sitting around waiting in airports and if they do we’re ready to step in and help them get their deserved compensation.”

Another area where we see a difference is in where people fly to. In the EU national (domestic flights) account for 17% of all flights and intra-EU flights 47%. In Canada domestic flights account for 58% of all air passengers and in the USA this rises to a whopping 78%!

Passenger Protection in the USA

Passenger’s rights in the USA are regulated by the Department of Transportation (DOT)⁽⁶⁾. While passengers do have certain rights, DOT does not require airlines to compensate passengers for cancelled or delayed domestic flights, or for charter flights. Passengers in the US may have recourse for reimbursement of expenses for delayed or cancelled international flights under Article 19 of the Montreal Convention.

US Passengers are best protected when it comes to the practice of “bumping”, the voluntary or involuntary denial of boarding to passengers due to overbooking. In the US the issue of overbooked flights is much more prevalent than in Europe, but even still the chances of being bumped are quite low.

In the case of bumping DOT requires airlines to seek passengers that willing give up their seats for compensation and must advise them how much compensation would be due if they were bumped involuntarily. To be eligible for compensation passengers must have a confirmed reservation. No compensation is due if the passenger misses the check in deadline or if an alternately provided flight arrives at the destination within one hour of the originally scheduled arrival time.

In May of 2019 the Canadian Transportation Agency (CTA) amended their Air Passenger Protection Regulations to take effect in two stages⁽⁹⁾, the first of which came into effect on 15th of July.

Stage 1 obliges airlines to inform passengers of their rights and recourses and give updates in the event of a flight delay or cancellation. A duty of care is also imposed on airlines for passengers that have a tarmac delay of over three hours.

Stage 2, effective 15th of December, sets a limit of up to C$1,000 (€675) flight compensation for flight delays and cancellations that are the fault of the airline. Passengers may also rebook or be refunded for delayed flights. Care of duty to passengers has been extended to all delayed flights.

How do passengers compare on Europe?

European aviation is less centralised than in the US or Canada. In the European Union passenger rights are governed by Regulation (EC) No 261/2004. The regulation stipulates compensation for passengers for delayed or cancelled flights and denied boarding except in cases of extraordinary circumstances.

Compensation applies for any flights to or from the EU and Iceland, Norway, and Switzerland, and any EU registered airline flights anywhere in the world. Compensation is awardable at different thresholds:

What about baggage and luggage that gets damaged or lost?

On European, Canadian, and international American flights damaged, delayed or lost luggage compensation claims are covered by the Montreal Convention. It classifies baggage as “delayed” for the first 21 days, after which it is considered “lost”. The limits set by the convention are not an exact amount, but rather Special Drawing Rights (SDR), a pseudo currency used in lieu, with 6 SDR equal to approximately €5.

The only exception to this is for domestic flights within the USA. In the USA damaged or lost baggage on domestic flights comes under the purview of DOT. They have set a limit of $3,500 (€3,150) for luggage loss or damage.

The Montreal Convention, formally the Convention for the Unification of Certain Rules for International Carriage by Air followed the Warsaw Convention of 1929, and subsequent amendments in The Hague 1955, and Guatemala City 1971. Currently it has been signed and ratified by 132 countries and the European Union, a great stepping stone toward a fully recognized binding international aviation law.

In conjunction with the convention other countries and regions have their own regulations. Canada has recently amended their air passenger right’s legislation which is a very good indicator of how future compensation regulations will evolve. Canada’s maximum compensation provisions are currently the most generous of the regions examined in this article.

Guidelines for new changes have already been published in an EU Memo on Air Passenger Rights Revision from 2013 which proposes several new changes that may soon be adopted. The list of guidelines covers all areas from the redefinition of force majeure to passengers being rerouted on other airlines. A summary of the main new guidelines includes:

The right to refreshments, communication, accommodation, and assistance where passengers experience a delay at their final destinations due to the late arrival of connecting flights.

Does your airline provide safe water to drink?