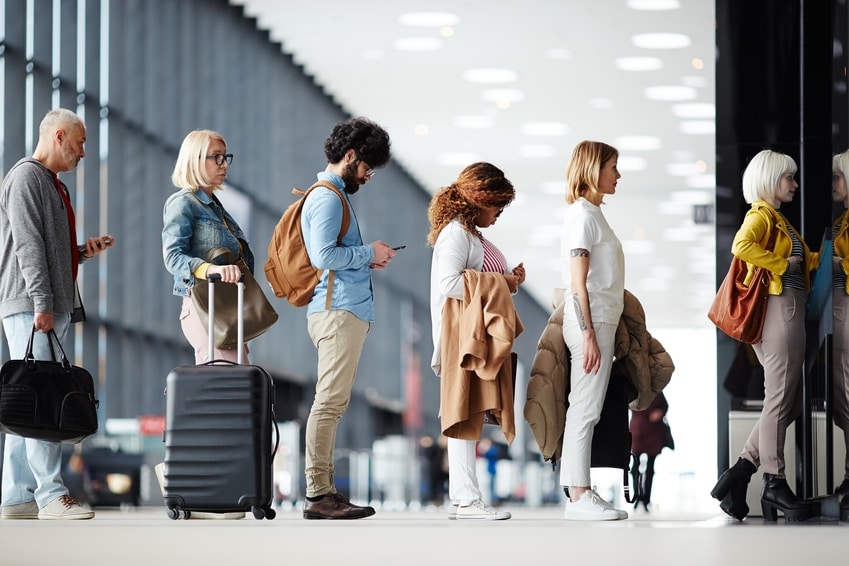 Gatwick Airport, in conjunction with easyJet, is working to reduce delays by trying out new boarding techniques. Passengers with window seats are being allowed to board first, followed by the middle seat passengers, and then aisle passengers. Groups of friends or family groups are boarded by row, starting from the back of the plane.

Gatwick claim that in their two-month trial they found boarding times could be reduced by 10%, and boarded a 158 passenger plane in 14 minutes, three full minutes quicker than usual.

The new system is designed to reduce delays, with 42% of Gatwick flights departures delayed by at least 15 minutes in September 2019, according to Flightstats. A digital screen will help passengers by show which seats are currently boarding, reducing confusion, and the inevitable onrush of passengers at boarding.

Following their success Gatwick claims other airlines are likely to commence trials soon. A spokesperson told the BBC: “This is about improving the experience for passengers – not just in terms of making the boarding process more relaxing – but also helping to reduce delays.”

Other budget airlines such as Ryanair and Wizzair already operate paid for Priority Boarding. Priority customers are entitled to extra baggage allowances, and priority check-in, but this does not reduce the overall boarding time or comfort for other passengers.

Were you denied boarding?

Aries Horoscope 2020 2020 is a year of balance for Aries. Even though you will be ambitious, you will be more realistic about your goals. Stability will be seen in all aspects of your life, especially your relationships. Changes and new opportunities in your profession will keep you busy in 2020. Everything will work out…

Can you take food on a plane?

With all the restrictions on security at airports sometimes it’s hard to know exactly what foodstuffs you can bring on a plane. In general, you can bring anything that is not on the list of banned items onboard your flight nor anything controlled or illegal in the country of depart or arrival. Is there are…

Flights to Orlando – what to know?