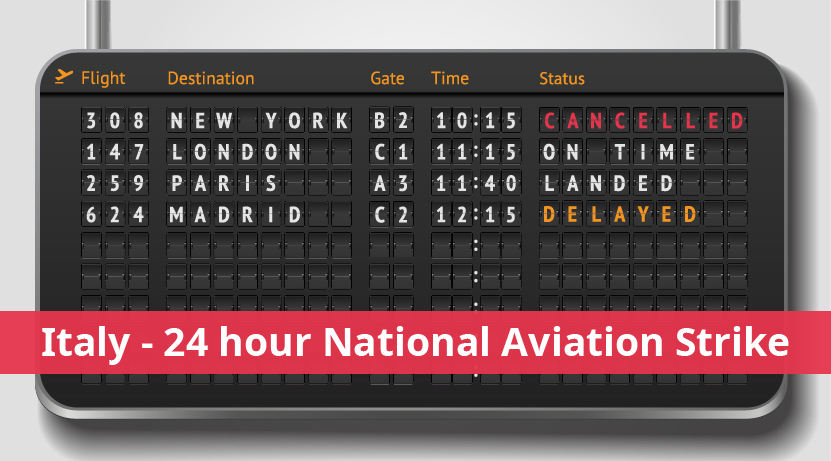 Strikes to continue in 2020

Members of ENAV, the national air traffic operator, have announced a 24 hour national strike on the 14th of January, extending to 48 hours in Liguria, including Genoa, La Spezia, Savona, Imperia. Strikes by Air Italy and Alitalia have also been announced for the same day at the following airports : Bologna, Rome Fiumicino and Ciampino, Reggio Calabria, Ancona, Perugia, Pescara and Venice. These strikes will cause delays and possibly some flight cancellations, passengers travelling to or from Italy are advised to contact their flight operators and check their flight status in advance.

Delayed or cancelled flight due to the strike?