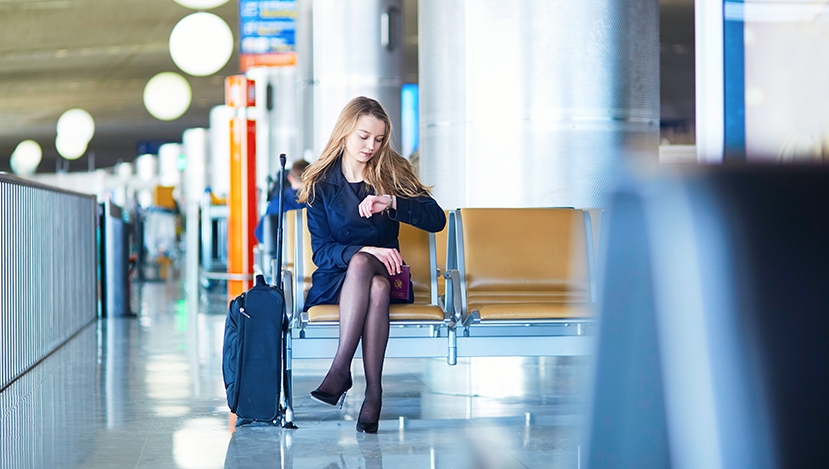 How long was my flight delayed for? Learn how to work out whether you are entitled to compensation from your airline, and how much you are able to claim, based on the length and destination of your flight and how long a delay occurred. Make sure you receive what you are entitled to, as quickly and easily as possible.

A delayed flight is an annoyance at the best of times, while at the worst it can mean missing a connecting flight, part of your holiday, or an important event. Most people know that they are entitled to compensation if a flight is delayed, but how do you work out the length of delay to ensure you are properly compensated?

Am I Entitled to Compensation?

Why Was My Flight Delayed?

There are many reasons for a flight being delayed, including bad weather, a problem with the aircraft or crew, or a strike by airport workers. Some issues are the fault of the airline, while others are not. For circumstances such as bad weather, or political instability in the destination country, the airline is not obliged to offer compensation.

How Long Was My Flight Delayed?

The most important question to ask yourself is How long was my flight delayed by? This will affect the amount of compensation you can claim. To work out the length of delay, you need to compare your arrival time at the destination airport with the time of arrival shown on your boarding pass and other travel documentation. The official arrival time of the aircraft is the moment the doors open to allow passengers to disembark.

How Much Can I Claim?

The amount of compensation you will receive following a delay of three hours of more depends on a number of factors, including the distance covered by the delayed flight and whether the flight is within the European Union or outside it. The amounts by flight length are as follows:

The maximum amount of compensation you can claim is €600.

What About Low Cost Airlines?

Budget airlines are bound by the same rules as any other airline, but it can sometimes seem as if they make it particularly tricky to claim compensation. You are entitled to a refund, or an alternative flight, if your flight is delayed for more than five hours. If your flight is delayed for a long time, you are entitled to food and drink, even if these are not provided free on your flight, and if there is no alternative flight until the next day, you should be given overnight accommodation. Find out more about claiming compensation from low cost airlines.

Was your flight delayed?

Milan, February 11th 2020: Air Italy becomes the latest airline to go into liquidation. A shareholder’s meeting decided to ground the ailing airline that has suffered €380 million in liabilities in the last 2 years. The company has stated that passengers with flights up to the 25th of February will be honoured with alternate flights…

Storm Ciara, Sabine in the German speaking countries, has severely affected flights in many countries. Heavy rainfalls and winds of over 160kmph have cancelled and delayed flights with Germany, Switzerland and Netherlands hit hardest. Passengers flying to or from the following airports should contact their airlines immediately: Airport Cancelled Percentage Munich International (MUC) 149 29%…

Flight Delays – what to do? Keep your eye on the clock – know your rights

Everyone who has ever seen the dreaded ‘DELAYED’ message appear to their next number immediately starts glancing nervously at the time. If you find yourself in such a situation when flying within the European Union or on a flight registered in an EU country, remember that it’s crucial that you record the delay time of…