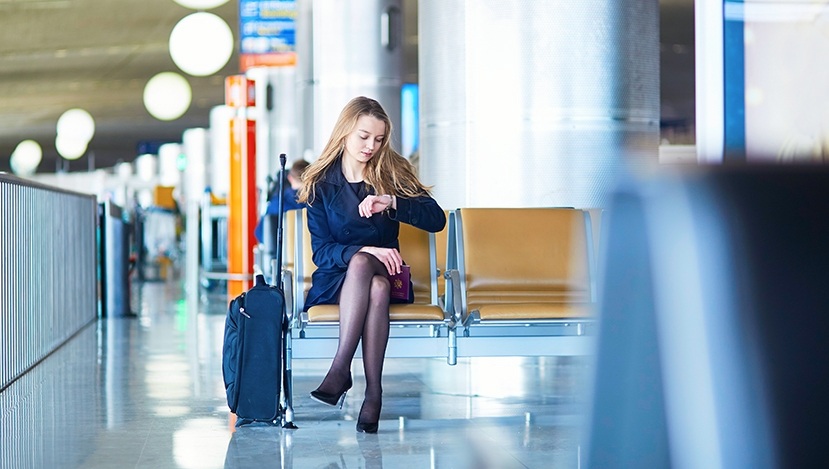 A delayed flight is an annoyance at the best of times, while at the worst it can mean missing a connecting flight, part of your holiday, or an important event. Most people know that they are entitled to compensation if a flight is delayed, but how do you work out the length of delay to ensure you are properly compensated?

Am I Entitled to Compensation?

Flight compensation is based not only on the length of delay, but also the length of flight to your destination. If the delay is over five hours, you can refuse to board the plane without losing your right to compensation for the delay. You many not be entitled to compensation, however, if the delay is considered due to extraordinary circumstances. This means that the delay could not have been anticipated or reasonably prepared for. No matter the reason for your delay, make sure to keep proof of all expenditures associated with the event to back up any future claim.

Why Was My Flight Delayed?

First, you should find out why the delay is happening. There are many reasons for a flight being delayed, including bad weather, a problem with the aircraft or crew, or a strike by airport workers. Some issues are the fault of the airline, while others are not. For circumstances such as bad weather, or political instability in the destination country, the airline is not obliged to offer compensation. If you have been denied boarding for reasons of health and safety, security, or inadequate travel documentation, this would also negate a compensation claim.

How Long Was My Flight Delayed by?

Next, you need to ask yourself is How long was my flight delayed by? This will affect the amount of compensation you can claim. To work out the length of delay, you need to compare your arrival time at the destination airport with the time of arrival shown on your boarding pass and other travel documentation. The official arrival time of the aircraft is the moment the doors open to allow passengers to disembark.

How Much Can I Claim?

The amount of compensation you will receive following a delay of three hours of more depends on a number of factors, including the distance covered by the delayed flight and whether the flight is within the European Union or outside it. The amounts by flight length are as follows:

The maximum amount of compensation you can claim is €600.

What About Low Cost Airlines?

Budget airlines are bound by the same rules as any other airline, but it can sometimes seem as if they make it particularly tricky to claim compensation. You are entitled to a refund, or an alternative flight, if your flight is delayed for more than five hours. If your flight is delayed for more than three hours, you are entitled to food and drink, even if these are not provided free on your flight. If the delay incurs an overnight stay – or if there is no alternative flight until a later date in cases of poor weather – the airline is responsible for providing you with accommodation and transport both ways from your hotel. Find out more about claiming compensation from low cost airlines.

Get compensation for a delayed flight!

Flight Delays – what to do? Keep your eye on the clock – know your rights

Everyone who has ever seen the dreaded ‘DELAYED’ message appear to their next number immediately starts glancing nervously at the time. If you find yourself in such a situation when flying within the European Union or on a flight registered in an EU country, remember that it’s crucial that you record the delay time of…

The EU 261 regulations were drafted in 2004 to provide passengers with a clear set of rights covering missed flights. The list is knitted around flight delays, cancellations, and boarding denials caused by circumstances that fall outside passengers’ control. Flight disruptions due to extraordinary circumstances entitle you to compensation to cover your rescheduled flights and other costs….

Compensation for a connecting flight: how much and for which flight?

When you’re travelling at 30,000 feet at ¾ the speed of sound, and you know that you’ve already missed your connecting flight, it can be pretty depressing. You know you’re going to be stuck somewhere that you don’t want to be and the chances of making that next flight are getting less by the minute….

Travelling can be liberating, inspiring, and help you recharge your batteries. As a traveller, you probably invest a great deal of time and money planning and booking your trip, so it’s understandable that you may be disappointed if your flight is cancelled. Unfortunately, flight cancellations are quite common: there can be more than 2,000 flight…

Cancelled flight with a travel agency – check who’s at fault

Flight prices offered by travel agencies are tempting to anyone who’d like to spend their dream vacations in the paradise destination of their choice. This is mainly because they offer comprehensive holiday packages, including flight to and from the destination. But what when we’ve been waiting to take off for several hours or, worse yet,…