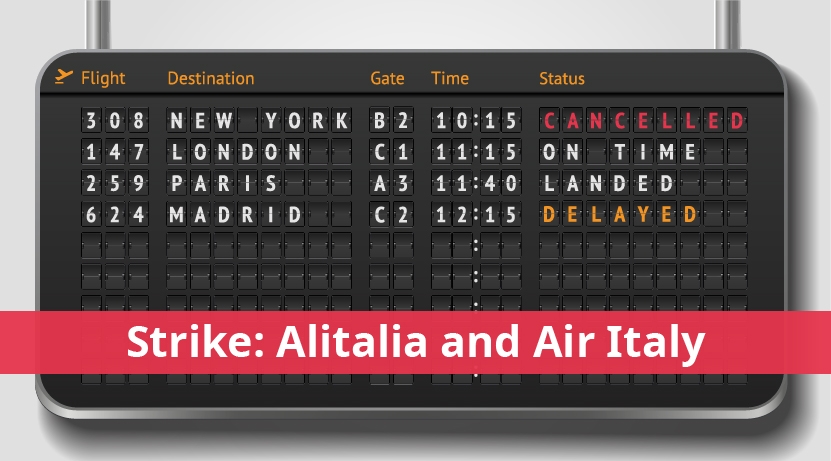 Friday the 13th of December will be very unlucky for the thousands of people whose flights have been cancelled due 24-hour air transport sector strikes. As part of ongoing strikes staff of Alitalia and Air Italy will be staging a walkout between 10am and 6pm, but it will affect flights from as early as Thursday night right through to Saturday [1].

A full list of cancelled Alitalia flights can be found here:

Alitalia has taken special measures including operating bigger aircraft on domestic and international routes to help rebook passengers affected by cancellations on the same day.

Air traffic controllers are also expected to strike in solidarity with airspace over Milan, Rome and Brindisi affected. Anyone flying to or from Italy on the 12th, 13th or 14th is recommended to check with their airline to confirm their flights and keep abreast of any schedule changes.