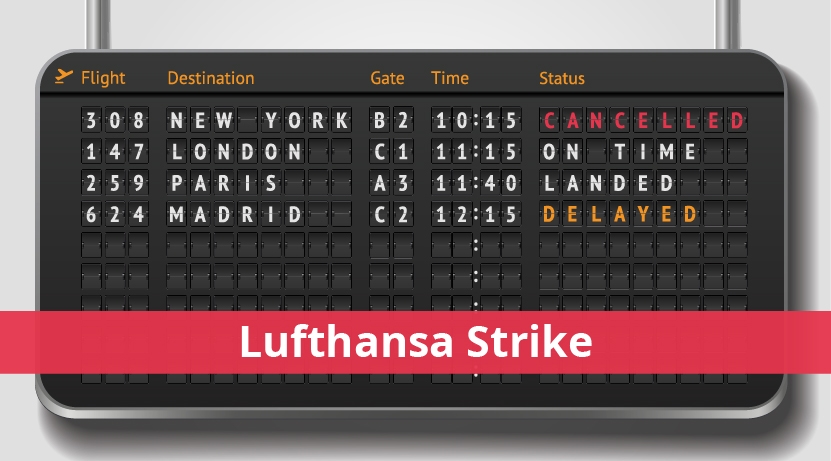 More strikes could come “at any time“

Lufthansa has had to cancel over 1,300 flights after a legal bid to halt a strike by cabin crew failed. The 48 hour action over pay rates and worker conditions began at midnight Central European Time. Up to 180,000 passengers are facing travel disruption.

Lufthansa’s main hubs, and Germany’s busiest airports, Frankfurt and Munich International are being hit worst. Lufthansa has had to cancel 1 in 5 of its flights, 700 flights on Thursday and 600 more on Friday. None of the flights by Lufthansa’s subsidiary airlines, including Austrian Airlines, Brussels Airlines, Eurowings, and Swiss airlines will be affected according to the airline.

Germany’s largest cabin crew union UFO said it would hit all Lufthansa flights from German airports and commented, “We will do everything we can to minimise the impact of this massive strike on our customers.“

On Wednesday a labour court in Frankfurt rejected the application by Lufthansa to prevent the strike, part of a long running dispute at the airline. Lufthansa has said that passengers travelling between German airports can exchange their tickets online for train tickets, and other passengers will be offered alternative flights.

More disturbances can be expected over the Christmas period, as Daniel Flohr, UFO’s vice-president warned that more strikes could come “at any time“.