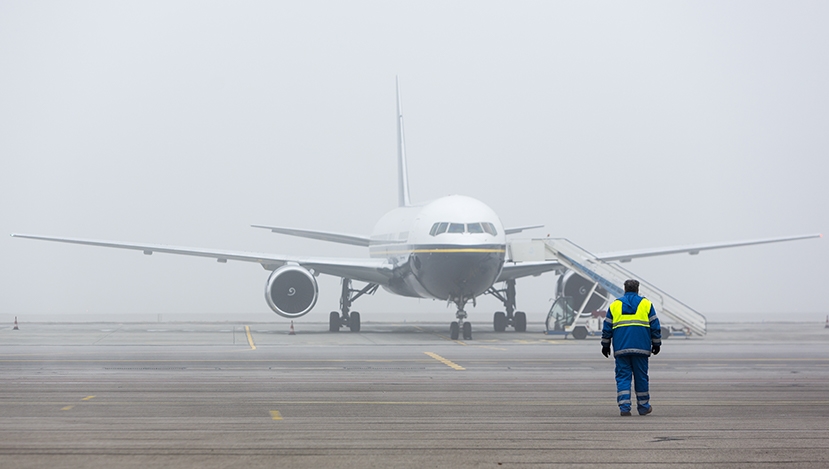 You can expect your complaint to be accepted and to receive compensation of € 250, 400 or 600 € for a flight that was cancelled or delayed by a few hours if you meet certain conditions covered in our passenger rights. Before you submit a complaint to the carrier, however, first you should check whether the reason for the cancellation or delay qualifies for compensation.

Extraordinary circumstances – what are they and how do we go about them?

Sections 14 and 15 of Regulation (EC) No. 261/2004 provide us with a definition of extraordinary circumstances, but this document does not offer a clear catalogue of events that exempt carriers from the obligation to pay out compensation. Such a catalogue has been drafted by executive bodies of Member States responsible for the implementation of Regulation (EC) No. 261/2004 of the European Parliament and of the Council of 11 February 2004, establishing common rules on compensation and assistance to passengers in the event of denied boarding and of cancellation or long delay of flights, and it lists:

What can we expect, then, if any of the above occurs?

In colloquial language, the notion of extraordinary circumstances literally denotes “non-ordinary” situations. In respect of air travel, such situations are to be interpreted as events whose occurrence is not attributable to the activities of a given air carrier and which fall outside of its control. In other words, the airline has no influence on or ability to prevent the occurrence of the foregoing situations that led to the cancellation or delay of one or more flights at destination.

Certainly none of us would like to be in the shoes of Viktor Navorski and spend multiple days or even months at the transit terminal due to political destabilization, nor to witness a threat to security, such as a terrorist attack. Both of these situations are clear-cut and everyone can certainly agree that the airline had no way of preventing them. In this case, let’s move on to weather, strikes and other extraordinary circumstances we have not covered yet.

Even though in 2009 the Chinese managed to artificially induce snowfall in Beijing by seeding clouds with silver iodine, it does not mean that airlines can be held accountable for adverse weather conditions. Unfortunately, they cannot. It should also be kept in mind that flying is not safe in all weather conditions. Because of this, you will not receive compensation for a flight cancelled due to a sudden change of weather.

Nevertheless, the airline is still responsible for providing passengers with adequate care. In the event of a cancelled or delayed flight, you are entitled to accommodation if the replacement flight is to take place on the next day or later, as well as to transportation between the airport and this accommodation. You might also have some other claims.

Strikes are no longer a passenger’s nightmare thanks to a judgement issued by the Court of Justice of the European Union in April 2018. Complaints concerning flights cancelled or delayed due to circumstances such as a strike of airline employees can no longer be dismissed, and carriers should not question them either. Interestingly, whether such a strike is legal or not is of no importance. Sounds like a dream come true, doesn’t it? Do remember, though, about one important catch: compensation is due only in case of flights cancelled or delayed as a result of a strike of your airline’s staff. It does not cover strikes of airport employees, such as air traffic controllers. Your airline has no influence on the staff of another company, so how could it possibly be able to prevent them from striking?

Technical problems are probably the least understood “extraordinary circumstances” of all, sometimes turning them into a compensation roulette. The Court of Justice of the EU[1] has however clarified when we can expect a negative response from an airline owing to a technical problem which was not a matter of negligence on the part of the airline, but rather a situation which goes beyond its operating standards and, at the same time, does not allow the problem, by its nature or origin, to be managed effectively. In practice, this means, for example, a situation where the manufacturer of aircraft that make up an airline’s fleet reveals that the plane in question, intended for our cancelled or delayed flight, has a hidden manufacturing defect that could jeopardise travel safety. Damage to aircraft caused by acts of sabotage or terrorism also constitute extraordinary circumstances.

However, you may seek compensation if technical problems were discovered during inspection, or if the inspection duty has not been met even though it should have been. You can also claim compensation in the event of a breakdown caused by a premature defect in a particular part of the aircraft. It may come as a surprise to the carrier that such a circumstance has arisen just before the flight, but it is the carrier’s duty to prevent such accidents effectively and therefore, in the Court’s view, does not fall within the scope of extraordinary circumstances, but rather within the framework of normal business operation.

To send a complaint or not to send it, that is the question.

Keep in mind that you don’t have to know it all. Nevertheless, it is always better for you and your rights if you know at least the basic reasons that will render your claim for compensation due to a cancelled or delayed flights void. By having the facts straight, you will at least be able to tell whether the airline is trying to avoid responsibility or not in respect of your complaint. Carriers can invoke the above-mentioned circumstances in order to avoid paying compensation by taking advantage of passengers’ ignorance.

Do you want to know more? Read our passenger rights!

Does your airline provide safe water to drink?