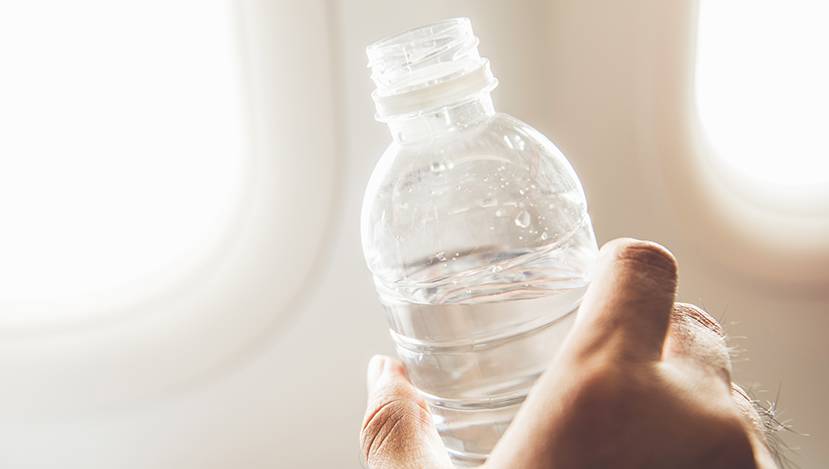 A recent study in the USA by the Hunter College NYC Food Policy Center in conjunction with DietDetective.com revealed that the quality of drinking water varies wildly by airline and many provide passengers with water that is not safe to drink.

The 2011 Aircraft Drinking Water Rule (ADWR) requires US airlines to provide passengers and crew with safe drinking water. The 2019 Airline Water Study ranked 10 major and 13 regional airlines by the quality of water provided on their flights. Airlines were rated from 0 to 5 based on water quality, positive tests for E. coli and coliform bacteria and other ADWR violations. A score of 3 or more indicates water safe to drink.

The study found that only 3 major airlines passed the test Allegiant and Alaska Air with 3.3, followed closely at 3.1 by Hawaiian Airlines. Nearly all the regional airlines, with the exception of Piedmont Air, had poor Water Health Scores and a large number of ADWR violations.

Seven of the 10 the major airlines failed the test.

Three of the top 4 US airlines by passenger numbers scored less than 2!

With scores like this you should avoid drinking any water, even tea or coffee, and if possible, even use your own bottled water to wash your hands.

Some might associate prestigious airlines with being lavish, luxurious and inaccessible. In the era of ever-cheaper flights, this luxury becomes, although partially, available for the taking. What are the secrets behind popular, prestigious airlines? What should passengers know about them and how they should use the services they offer? Which services are reserved for the…

Many of us travel with laptop computers and other electronic devices, whether it’s for business or to keep in touch with friends and family while we’re away. Knowing how and where to pack your devices will save you time at the airport and on your flight. What electronic items can I take in hand luggage?…

Flights to Orlando – what to know?

Refundable tickets – what it means and how to buy them?

Your plans might change any time affecting the date and time of your flight tickets. Whether it’s a business emergency, travel visa denials, or spontaneous holiday extensions, it’s always helpful to find out a little more about refundable airline tickets. Here are a few helpful notes to keep in mind on your next air travel…

When and where to buy suitcases for travelling by plane?

The best way to buy suitcases is when it is off travel season. Suitcases are usually most expensive just before school holidays or right before major bank holidays like Christmas and Easter. It is also not advised to purchase suitcases at the airport as they will charge higher prices to capitalise on a traveller’s last-minute…