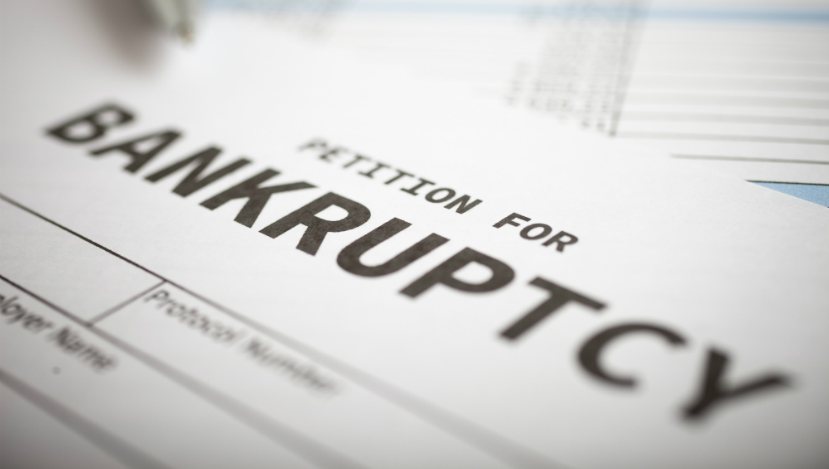 Thankfully airlines don’t go bust every day, but the possibility is always lurking around the corner. An airline bankruptcy announcement can be catastrophic and makes it very difficult for customers to enforce their compensation rights for cancelled flights.

Two possible situations exist, either an airline ceases operations and declares its intention to file for bankruptcy, or a court actually declares the airline bankrupt.

Passengers usually think that it is impossible to recover money from bankrupt airlines, however this is not always the case. It is, of course, a difficult process and not all applications are successful, but this is no reason to give up on your rights, especially if the bankruptcy is still only at the intended phase. Intention to file for bankruptcy does not exempt an airline from flight compensation liability.

“Insolvency proceedings against an airline are held in the jurisdiction of their main centre of operation, usually their company headquarters. Bankruptcy can be applied for if a company’s liabilities are greater than its assets, or they can no longer pay costs on an ongoing basis. The deadline for filing claims is set out in the court’s decision of declared bankruptcy, commencing from the date of announcement publication in the Court and Economic Monitor. The period cannot be shorter than one month, and no longer than three months. To comply you should submit a claim by registered mail. The deadline for filing claims is the same for all creditors, but the order in which their claims are met depends on the priority set. In this case, the customer is 2nd of 4 categories, only when claims from the first category are satisfied will any subsequent claims be paid,” says Emilia Żuchowska legal adviser at GIVT.

EU Regulation (EC) 261/2004 governs the circumstances under which a passenger may demand compensation for a disturbed flight, i.e. a delayed, or cancelled flight.

Get your ticket refund

If your flight has been cancelled and you do not wish to avail of an alternative flight, or the return flight from the airline, the first step is to claim a refund. The airline must refund the cost of the ticket within 7 days of receiving the complaint. However, if the passenger decides not to use the return ticket, or return to the point of first departure, the passenger may also be entitled to flight compensation. More information can be found regarding these circumstances in our passenger rights section.

The complaint should specify exactly which type of flight was booked, i.e. regular, or charter flight, as well as the flight number, and route from point of departure to the final destination. Details of the cancellation circumstances and which entitlements the passenger did not receive, as well as any incurred expenses should also be detailed, with copies of invoices, or receipts enclosed as proof, e.g. an hotel room. This will entitle you to reimbursement of expenses incurred.

Why should you act quickly? In the event that the airline terminates its operations, all tickets will cease to be valid, compensation payment will be dependent on the type of flight booking.

A refund is possible if the trip was booked with a travel agent or partner airline, even if the flight is covered by a personal insurance program. Flight compensation is not applicable in this case, only the right to a refund for a cancelled trip.

Ticket purchases by credit card are recoverable. Payment may be cancelled before it reaches the airline, or in the event of bankruptcy, it is possible to obtain a refund.

In the event of the final cessation of operations, i.e. liquidation, it is not possible to recover ticket costs if the flight was booked directly with the air airline.

Negative airline response – what to do?

If the airline’s bankruptcy proceedings are not in vigour, or the airline has not yet been wound up as a result of the proceedings, the passenger is entitled to compensation.

Should the airline give an unsatisfactory response, or not respond to your claim, a complaint can be lodged with the appropriate state aviation authority, e.g. the Civil Aviation Authority in the UK. Complaints should be accompanied by a copy of the original claim, a copy of the airline’s response (if given), and flight reservation confirmation e.g. boarding pass, or flight ticket. The procedure concludes with a decision as to whether there has been a violation of the terms of transport and may indicate that the airline is liable for damages.

You may also take your claim to court, which in some cases can be more favourable to the passenger, but it involves additional costs. A court case also suspends the limitation period for damages, however, if in the meantime the court declares the airline bankrupt, then bankruptcy law applies to any flight compensation claims. If bankruptcy is not declared, and the passenger finally receives a satisfactory decision, he should again apply to the airline for due compensation.