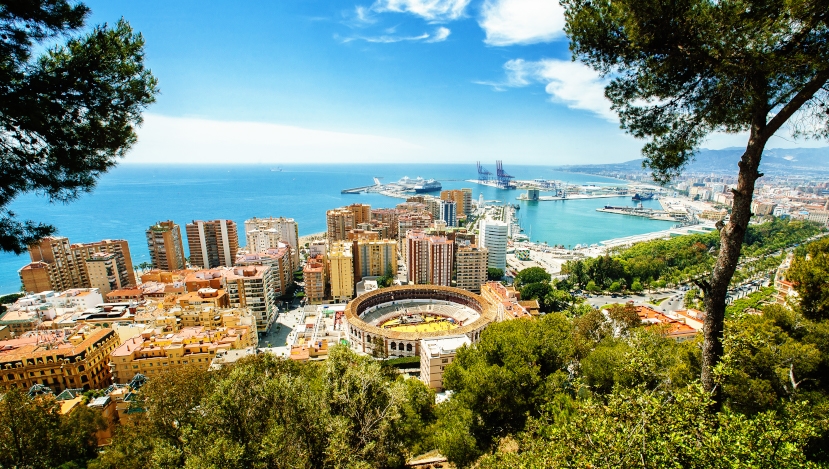 Malaga is a popular holiday destination, but sometimes it can be hard to decide when to go and how to save money when you fly to Malaga. Here are some tips on how to find cheap flights to Malaga and a list of must-visit attractions in the city.

Blessed with mild weather year-round and known for its extraordinary cultural heritage and gastronomy, the city of Malaga is one of Europe’s most visited sun and beach destinations. The large amount of flights to Malaga from UK airports confirms that the Spanish city is a favourite among British holidaymakers. Keep reading to find useful information that will help you plan your trip to Malaga.

Flying to / from Malaga airport

Flight time from London to Malaga is under 3 hours, and is a bit longer for cheap flights to Malaga from North West, the North East, and Scotland. Once at the airport, you can take a bus or a train into Malaga city, which is only 10 miles away. If you have booked cheap flights from Malaga airport back to the UK, remember that this is Spain’s 4th busiest airport, so allow plenty of time if flying during the summer holidays or in the early afternoon, when the airport is at its busiest.

Timing matters when it comes to finding affordable flights to Malaga, Spain. High season runs between June and August, so while you’ll have more flight choices, tickets will be more expensive. On the other hand, you can find some very cheap flights to Malaga in January, after the New Year holiday. Another way to save on your plane tickets to Malaga is to look for late deal flights to Malaga during the summer by booking 4 to 6 weeks in advance.

What to see and do in Malaga, Spain

If you’re planning to fly to Malaga from UK, you’ll want to be prepared for any eventualities, such as flight delays and cancellations. These can happen during the busiest months of the year (peak tourist season), or due to airport staff strikes, which unfortunately are quite common in Spain. Adding to that is the fact that cheap flights to Malaga from UK airports are offered by several low-cost airlines, which are notorious for flight disruptions. However, buying cheap plane tickets to Malaga, Spain doesn’t mean you have to forfeit your rights. You can still claim compensation from budget airlines by following three easy steps, as described here.

To learn more about your passenger rights when flying to Malaga, check the GIVT website before flying.

Can you take food on a plane?

With all the restrictions on security at airports sometimes it’s hard to know exactly what foodstuffs you can bring on a plane. In general, you can bring anything that is not on the list of banned items onboard your flight nor anything controlled or illegal in the country of depart or arrival. Is there are…